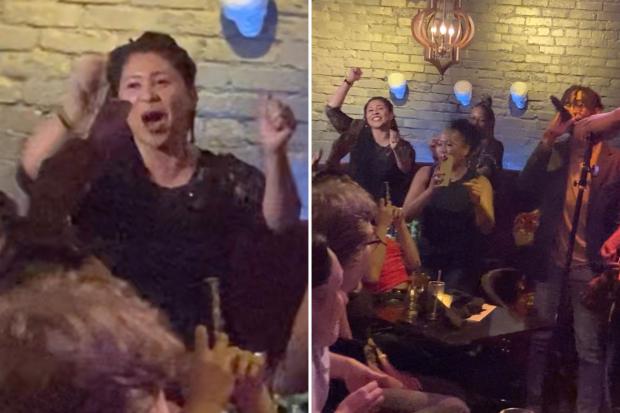 San Francisco Mayor London Breed has sparked outrage after she was spotted partying maskless at a local night club with one of the Black Lives Matter co-founders in defiance of her own rules.

Breed mandated last month that residents need to wear masks indoors regardless of their vaccination status, and the state's health department ordered that people dining and taking part in other indoor activities need to show proof of vaccination.

But Breed disregarded her own rule and was seen partying at the Black Cat jazz nightclub along with BLM co-founder Alicia Garza on September 16. She was spotted taking photos and dancing - with not one mask in sight.

The club posted and then removed photos of the event from its Instagram page, but they emerged in the San Francisco Chronicle, and Breed was hit with a barrage of outrage on social media over her 'hypocritical' actions.

The SF Chronicle reported that while Breed had drinks in front of her and was often holding one, she spent the majority of the night dancing, singing and posing for photographs without a mask on.

Breed said that she everyone who came into the club had to show proof of vaccination, which gave her 'a lot of reassurance.'

'I've been very careful, not just because I want to set an example but because I don't want to get COVID. I also want to make sure that I'm not someone transmitting COVID to other people,' she told the SF Chronicle. 'This entire pandemic has been focused on keeping people safe.'

Chinese Medicine Expert Weighs in on COVID and Natural Healing

The 'Plandemic' and the Great Awakening