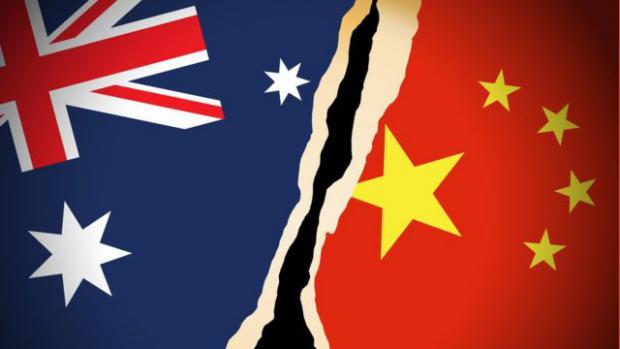 Australia's defence minister has admitted that war with China over Taiwan is a possibility and warned that his country needs to start preparing - just a day after signing an historic defence pact with the UK and US.

Peter Dutton, speaking from Washington where he is meeting with US officials, insisted that the new alliance - which will give Australia at least eight nuclear submarines and other advanced military technology - was about securing 'peace' in the region but the odds of a conflict with China 'shouldn't be discounted'.

President Xi Jinping has vowed to 'reunify' Taiwan with China in the near future, and in 2019 said he will use force if necessary. Meanwhile Joe Biden recently vowed to defend the island if it is attacked - though officials later said he 'misspoke' and that America's long-standing policy of 'strategic ambiguity' remains in place.

Mr Dutton issued the grim warning as Beijing continues to fume over the submarine pact - dubbed AUKUS - with state newspapers penning furious columns while unnamed military sources warned the deployment of nuclear-powered subs could make Australia the target of a nuclear strike.

Meanwhile Boris Johnson was forced to defend Britain's involvement in the alliance amid fears the UK could now be dragged into fighting in the South China Sea. The Prime Minister refusing to rule anything out, telling the House of Commons: 'The United Kingdom remains determined to defend international law.'

Underlining the immediacy of the threat, Taiwan said its air force was today scrambled to warn away Chinese jets - including eight fighters and two support aircraft - that had strayed into its airspace.