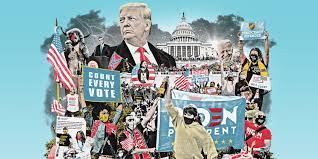 I recently interviewed Mike Adams and the result of the interview was stunning. Amerika faces an uphill battle to survive. Our enemy, controlled ultimately by Satan, is determined to see as many of us (Americans, conservatives and Christians) dead as possible.

Some of the topics that Mike and myself discussed covered the following areas.

The completeness of the Chinese takeover of America. It is difficult to find a politicians, whether it be federal, state and local that are not under the control of China and their best friend, George Soros.

The extent of voter fraud that has now been played out in the so-called Recall Election in California. Fair elections are a thing of the past.

Our compromised and divided military

The perversion of our children through CRT, SEL, and drag queens exposing our children to sexual practices that would make a hooker blush