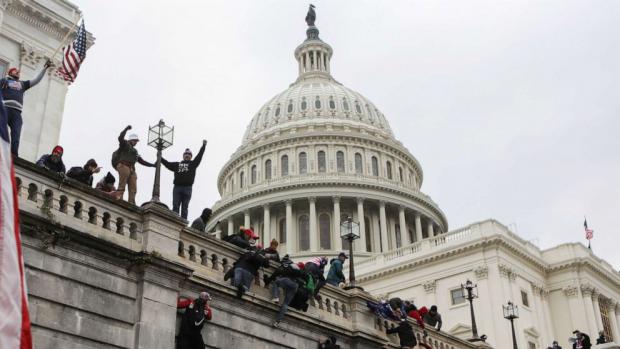 The various arms of the federal executive apparatus – from the FBI to the White House – have brazenly declared war on their own citizenry (whom they regularly refer to as "rioters," "insurrectionists," or "terrorists").

Joseph Biden on the events of Jan 6th:

"The 1/6 attack for the future of the country is a profoundly more dangerous event than the 9/11 attacks. And in the end, the 1/6 attacks are likely to kill a lot more Americans than were killed in the 9/11 attacks, which will include the casualties of the wars that lasted 20 years following it."

As of August 2021, the federal government has arrested 570 Americans in connection with the Jan. 6th protest – many of whom are charged with nonviolent crimes such as "corruptly obstructing, influencing, or impeding an official proceeding or attempting to do so."

Corporate media talking points aside, who really traveled to Washington DC to exercise their First Amendment rights, and for what purpose?