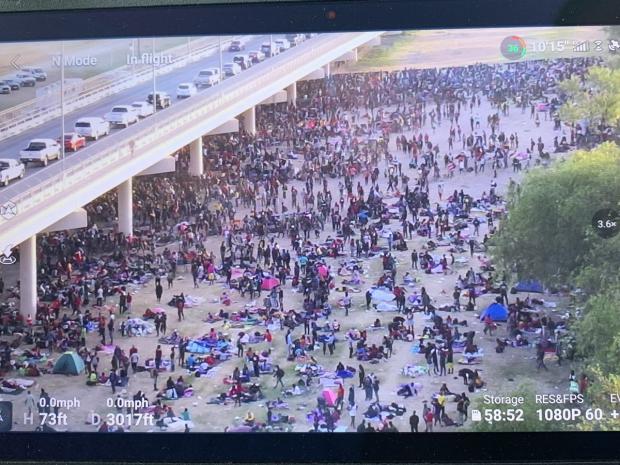 Some 8,200 migrants seen under the International Bridge in Del Rio, Texas on Thursday

The migrants, most of whom were from earthquake-ravaged Haiti, were waiting to be processed

That number is double the amount that were seen under the same bridge on Wednesday, Fox News reports

Earlier this week, it was reported more than 200,000 migrants again crossed the US-Mexico border in August

That is still fewer than the 212,000 encounters that were reported in July, according to border officials