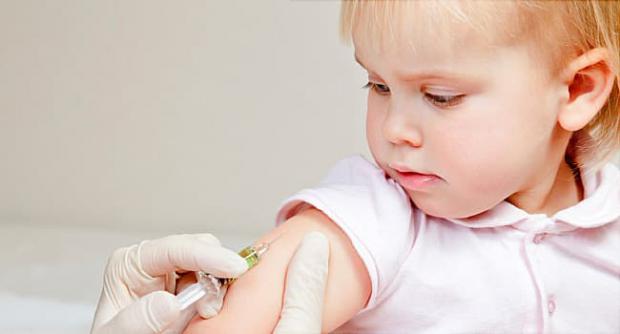 Pfizer's Covid vaccine could be rolled out to babies as young as six months in the US this winter, under plans being drawn up by the pharmaceutical giant.

In a move likely to cause international controversy, the company intends to apply for authorisation to immunise American infants within the next two months.

The timeline will depend on the findings of in-house trials looking into whether the vaccines are safe and effective in youngsters aged six months to five years.

'We would expect to have... data for children between the ages of six months and five years old that we would file with the FDA,' D'Amelio said at the Morgan Stanley Global Healthcare Conference. 'I'll call it in the weeks shortly thereafter the filing of the data for the five- to 11-year-olds.'

Pfizer was already planning to seek approval from the Food and Drug Administration (FDA) for the jabs to be given in children aged five to 11 by October.

But the latest comments confirm the firm's intention to work its way down much younger age groups. They will be given a lower dose than adults.

Pfizer's jab, made alongside German partner BioNTech, is already approved for over-12s in Britain.

PANIC IN ITALY As Ports Closed By Workers! - Jab Mandates REJECTED By Millions!

Is 1984 Becoming a Reality? - George Orwell's Warning to the World