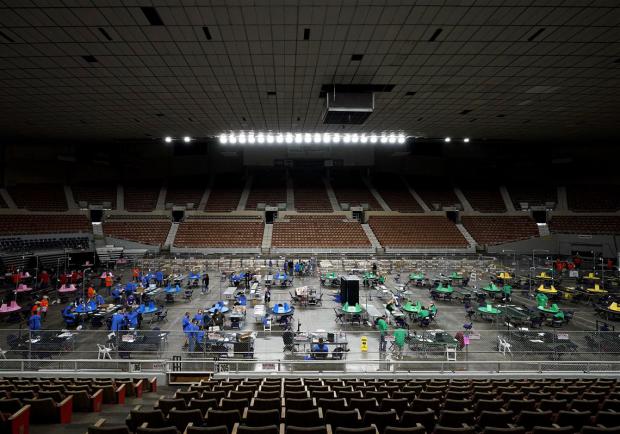 Any documents part of their ongoing review of the 2020 election in Maricopa County are a matter of public record, the court ruled.

Those records are in the possession of Cyber Ninjas, the company mainly responsible for conducting the recount.

'The Senate will have to turn over communications, invoices and other audit-related records.'

Arizona Republican officials were determined to conduct the recount after former President Donald Trump lost the 2020 race to President Joe Biden, despite no evidence of fraud.

The battleground state went to Biden at a critical time in the electoral vote count, prompting Trump and his allies to baselessly claim the election was rigged.

Senate Republicans tried to argue the documents should be exempt from public record.

Arizona Public Records Law states that government officials must maintain records 'necessary or appropriate to maintain an accurate knowledge of their official activities, and of any of their activities which are supported by monies from this state.'

Republicans claimed the law did not apply because they were maintained by the lawmakers' contractors - a private company.

The 'Plandemic' and the Great Awakening

It's Time For All Good Men to Stop Fearing John Galt