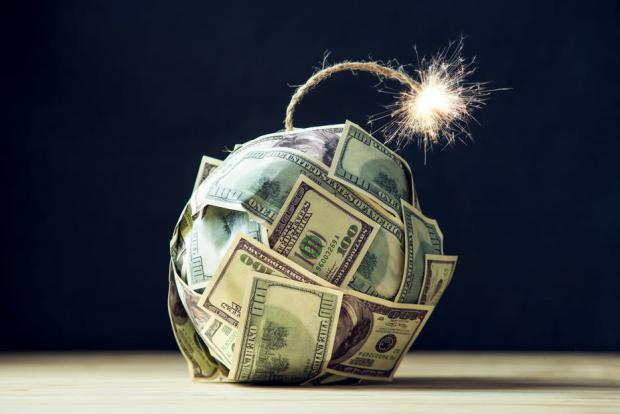 According to the Institute of International Finance (IIF), total global debt - which includes government, household and corporate and bank debt but excludes derivatives and various other exotic products - rose to a new record high of nearly $300 trillion in the second quarter, $296 trillion to be precise, and up $4.8 trillion in the quarter. This means that in the 18 months since covid, total debt has risen a stunning $36 trillion!

The rise in debt levels was the sharpest among emerging markets - read China - with total debt rising $3.5 trillion in the second quarter from the preceding three months to reach almost $92 trillion.

There was a silver lining: the debt-to-GDP ratio declined for the first time since the start of the pandemic as economic growth rebounded. The IIF said that of the 61 countries it monitored, 51 recorded a decline in debt-to-GDP levels, mostly on the back of a strong rebound in economic activity, although we are very curious what non-GAAP GDP number the IIF used to calculate a faster GDP growth than debt.

As a result, debt as a share of gross domestic product fell to around 353% in the second quarter, from a record high of 362% in the first three months of this year.

The IIF also said that total debt-to-GDP ratios excluding the financial sector are below pre-pandemic levels in just five countries: Mexico, Argentina, Denmark, Ireland, and Lebanon. Of course, if only includes the financial sector - as one should - this statistic is meaningless garbage.