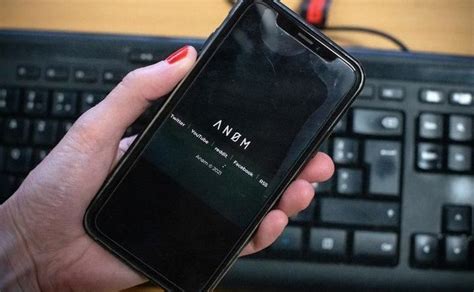 An0m was not, however, a secure phone app at all. Every single message sent on the app since its launch in 2018 – 19.37m of them – had been collected, and many of them read by the Australian federal police (AFP) who, together with the FBI, had conceived, built, marketed and sold the devices.

Operation Ironside (or Operation Trojan Shield, as it was known in North America and elsewhere) was the largest coordinated law enforcement effort in Australian history. Commander Richard Chin, head of transnational operations in the AFP, had taken to calling 7 June, the day when their work would be realised in a series of searches and arrests involving 4,000 Australian officers, "Big Bang". If all went to plan, it would be a moment with the potential to reshape the criminal world.

Local police forces began to make arrests at 2pm. Chin, the son of immigrants from Brunei, whose mother had pleaded with him not to pursue such a dangerous vocation, is quietly spoken and assiduously private, a born watcher. During Big Bang, he paced his operations room in the AFP's national headquarters in Canberra, feeling a complex blend of relief and apprehension. Relief because it had required enormous effort to keep Operation Ironside a secret from his wider colleagues. And apprehension because, after 18 months of planning, this was the moment of reckoning, the climax of an unprecedented scheme of imagination, daring and legal complexity, involving law-enforcement agencies from 16 countries. "Every intervention had required a careful assessment of tactical risk," Chin recalls. Success would, he believed, not only remove violent criminals from the streets, but also help establish precedents for police working at the frontiers of modern technology. If the convoluted legal underpinnings of this mass surveillance operation were to collapse, criminals could gain an advantage that would take years to win back.

Is Your Privacy An Illusion? (Taking on Big Tech) - Smarter Every Day 263

TikTok star is shocked to discover Amazon has more than 3,000 recordings of her stored...

CONSPIRACY TO CONFIRMATION - Social Distancing For Collecting Our Electromagnetic Imprints