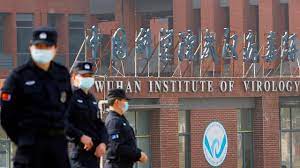 Of the 27 scientists who wrote a letter in The Lancet medical journal dismissing the possibility that Covid-19 originated from a Wuhan lab, 26 have links to its Chinese researchers, their colleagues or its benefactors, a new investigation has revealed.

On March 7 last year, the influential journal published the letter in which the 27 scientists said they 'strongly condemned conspiracy theories' surrounding the origins of the coronavirus pandemic that has impacted all corners of the world.

All debate into whether Covid-19 had man-made origins or leaked from the lab in Wuhan - the Chinese city that was ground-zero for the virus - was effectively shut down by the letter.

Are vaccine-hesitant conservatives REALLY behind the Delta surge?

500 scientists tell UN there is no climate emergency.

Malone: Physicians Are Being 'Hunted' For Criticizing Vaccines