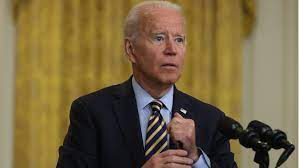 As the '1%'s' war upon the '99%' gets kicked into high gear with the Biden administration's latest attack upon the bodily autonomy of the American people, one video that has been published over at BitChute which we've embedded at the bottom of this story shows us exactly why the 1% is so afraid of the masses 'awakening', with that video showing us the very real power that 'the People' have when they join forces to fight against what they see to be 'tyranny'.

Showing us a scene at a soccer game someplace overseas, when a soccer fan runs on to the field while waving a banner of some sort, he is immediately taken down by security forces there. But as the fan is laying helpless upon the ground, the security made the mistake of pulling out their clubs and beating the helpless fan (while outnumbering him 4 to 1). And that act of barbarism led to hundreds of more fans flowing down out of the stadium and onto the field and quite literally surrounding and beating the beaters.

Leading to the beaters running off the field as quickly as they could with their tails between their legs while taking a walloping, it was a perfect analogy for the fact that the globalists, who've long been working to take down America, are clearly scared to death of just such a scenario unfolding upon them in 2021, thus them now working overtime to institute their 'end game'. For like 'the beaters' running off the field with their tails between their legs, as that video title pointed out, "here you can clearly see the power of the people when they unite."

Because with the globalists clearly playing 'divide and conquer' in 2021, now pitting many Democrats, who are more than happy to just 'bend over for tyranny' and 'take the jab,' against Republicans who are saying 'not so fast', just imagine what might happen once many on the still vax-skeptical left fully realize that they've been 'had', such as the many Black New Yorker's who say about 'the vax': "They're Experimenting On Us!"