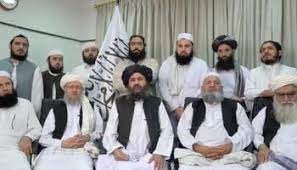 This is an all-male, overwhelmingly Pashtun (there's one Uzbek and one Tajik) cabinet essentially rewarding the Taliban old guard. All 33 appointees are Taliban members.

Mohammad Hasan Akhund – the head of the Taliban Rehbari Shura, or leadership council, for 20 years – will be the Acting Prime Minister. For all practical purposes, Akhund is branded a terrorist by the UN and the EU, and under sanctions by the UN Security Council. It's no secret Washington brands some Taliban factions as Foreign Terrorist Organizations, and sanctions the whole of the Taliban as a "Specially Designated Global Terrorist" organization.

It's crucial to stress Himatullah Akhundzada, the Taliban Supreme Leader since 2016, is Amir al-Momineen ("Commander of the Faithful"). He can't be a Prime Minister; his role is that of a supreme spiritual leader, setting the guidelines for the Islamic Emirate and mediating disputes – politics included.

Akhunzada has released a statement, noting that the new government "will work hard towards upholding Islamic rules and sharia law in the country" and will ensure "lasting peace, prosperity and development". He added, "people should not try to leave the country".

Spokesman Mujahid took pains to stress this new cabinet is just an "acting" government. This implies one of the next big steps will be to set up a new constitution. The Taliban will "try to take people from other parts of the country" – implying positions for women and Shi'ites may still be open, but not at top level.