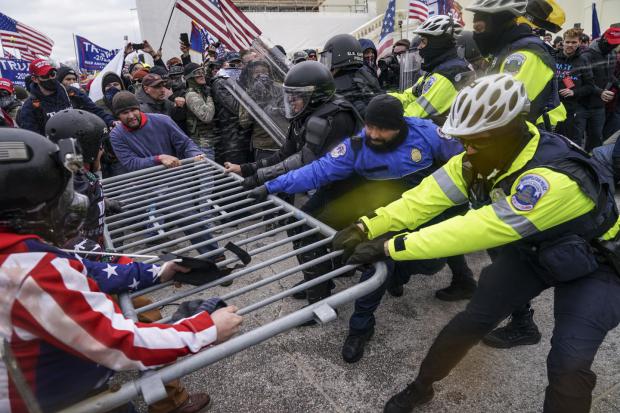 Last week, seven officers from the US Capitol Police force quietly filed one of the goofiest civil lawsuits in American history. The regime media reported on the Capitol Police's 71-page filing in stoic, dignified tones. As is customary, every "journalist" got the same memo, declined to apply any critical examination, and simply took everything at face value.

The New York Times went farther, affirmatively puffing up the Capitol Police's lawsuit to give the impression Capitol Police officers were simply pursuing "a broad view of the [January 6] riot's origins." According to the Times, this is all just a perfectly normal "effort to hold former President Donald J. Trump accountable for the Capitol attack."

Here was the NYT whitewash:

A group of seven Capitol Police officers filed a lawsuit on Thursday accusing former President Donald J. Trump and nearly 20 members of far-right extremist groups and political organizations of a plot to disrupt the peaceful transition of power during the Capitol riot on Jan. 6.

The suit, which implicated members of the Proud Boys, the Oath Keepers militia and Trump associates like Roger J. Stone Jr., was arguably the most expansive civil effort to date seeking to hold Mr. Trump and his allies legally accountable for the storming of the Capitol.

This Winter, We Could Potentially Be Facing Simultaneous Shortages Of Oil...

Russia Will Allow Israel to Attack Syria With Impunity