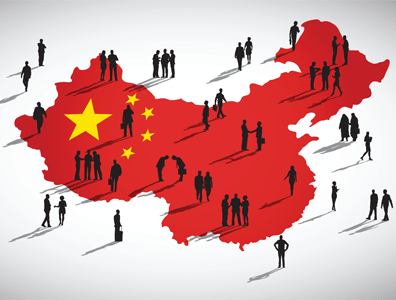 "These days, Chinese companies are proactively looking at their asset portfolios, rather than simply buying," Bagrin Angelov, head of China cross-border mergers and acquisitions at China International Capital Corp., told Bloomberg in an interview. "When there is a good offer, they are open to at least evaluate it."

The latest round of selling isn't coming from distressed Chinese sellers but rather ones who bought businesses with robust cash flows - whose valuations have surged over the past year due to global central banks unleashing unprecedented amounts of liquidity into the global financial system, putting a bid under assets.

Chinese companies are also selling infrastructure and utility firms. Beijing Capital has listed a New Zealand business it bought in 2014 for $667 million for more than $1 billion.

China Three Gorges Corp. is selling a 25% stake in its overseas renewable energy asset portfolio that could be valued upwards of $2 billion.

"It's good timing for these companies to monetize," Miranda Zhao, head of mergers and acquisitions for Asia Pacific at Natixis SA, told Bloomberg. "These assets provide healthy yields under the current low interest-rate environment and are attractive to other strategic investors in the region or infrastructure funds."

Chinese Medicine Expert Weighs in on COVID and Natural Healing