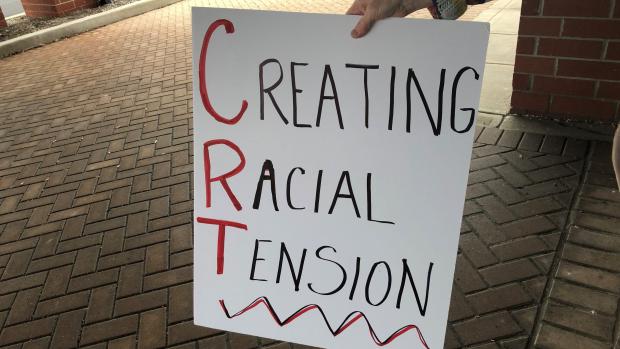 A black Texas high school principal was placed on paid administrative leave this week after a former school board candidate accused him of teaching and promoting critical race theory.

On Monday, James Whitfield, 43, principal at Colleyville Heritage High School in Dallas-Fort Worth, was placed on leave three months after Stenson Clark accused him of having 'extreme views on race,' calling for him to be fired.

Clark said he was initially concerned about Whitfield's views last summer, after seeing a letter the principal sent to parents and students.

'In this letter he promotes the conspiracy theory of systemic racism...' Clark said. 'He is encouraging the disruption and destruction of our districts.'

In lengthy July 31 Facebook post, Whitfield denied Clark's accusations, writing that Clark had disobeyed district rules by addressing him by name at a school board meeting.

Whitfield added that he experienced numerous racial attacks during the past several months, in addition for being criticized for speaking out after the death of George Floyd.

He wrote: 'At the last GCISD school board meeting, an individual was allowed to speak my name in a public open forum (against the rules) and I can no longer maintain my silence in the face of this hate, intolerance, racism, and bigotry. For the better part of the last year, I've been told repeatedly to just 'get around the fact that there are some racist people' and 'just deal with it and stay positive' each time the racist tropes reared their heads, but I will stay silent no longer.'