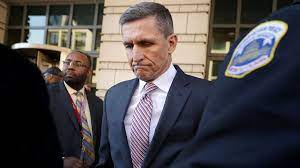 Yes, I am angry watching the events in Afghanistan unravel.

American "leaders" have reneged on American honor and dignity. Foreign policy is being dictated by our enemies. It's unstated so far, but in my judgment, we've surrendered.

This is a complete and total disaster, and our enemies will shame us forever. The entire chain of command should immediately resign in disgrace. (And the president should step down: Clearly, he is incapable of making clearheaded decisions and placing the safety and security of American citizens as his highest priority — that is what a president is supposed to do!)

Those left behind will be enslaved, raped, pillaged, converted or brutally killed.

Globally, our foreign policy is in shambles, and our national security is thus at grave risk. Yes, our nation-state adversaries (China, Russia, Iran, North Korea) and non-nation-state actors (ISIS, al-Qaida and Hezbollah, to name a few) are rising and on the move. Like when a great white shark smells blood in the water, the time to attack is imminent. We had better be prepared!