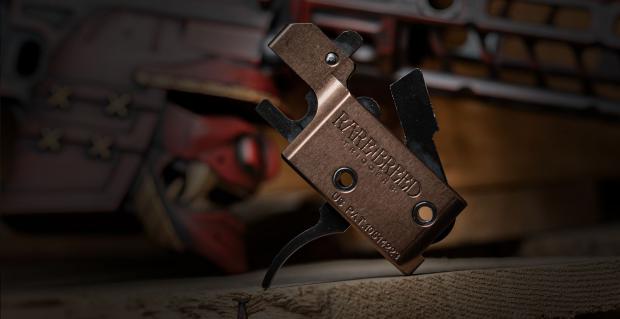 He addresses the ATF's attempted to redefine the term "machine gun" to apply it to RBT's FRT-15 semi-automatic trigger in contradiction to federal law (Gun Control Act and National Firearms Act).

On July 27, DeMonico said the ATF Tampa Field Division, accompanied by a government attorney, personally served him and his attorney with a cease and desist letter, informing him that his FRT-15 trigger had been classified as a "machine gun." The letter went on to say that RBT needs to halt all manufacturing and sales of the FRT-15 and discuss a strategy to address the triggers that have already been sold.

And to blow readers' minds, DeMonico said when he spoke to special agents who personally served him the cease and desist letter - they said they haven't even seen the copy of the "examination" nor haven't even seen an actual FRT-15.

DeMonico then goes on to say how the FRT-15 is not a machine as it will not fire more than one round by a single function of the trigger - that's important to note because that's the most critical part of the definition of a machine gun in the Gun Control Act and National Firearms Act.

He said RBT immediately responded to the ATF's cease and desist that they disagreed with their "claim" and "wouldn't be complying with their demand," adding that his attorney had filed a lawsuit in the Middle District of Florida.

For more, DeMonico explained, "why he is so confident in our opinion of the facts and be so brazen in our non-compliance."