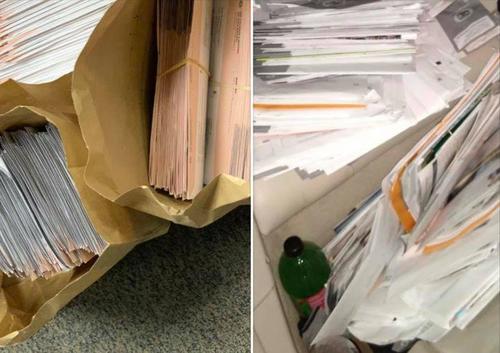 A California man was discovered asleep in his car in the parking lot of a 7-Eleven store in Torrance with drugs, cash, and several drivers' licenses, according to ABC7

Oh… I nearly forgot. There were about 300 unopened recall election ballots in the car.

Taken together, it's an interesting picture, don't you think?

Having 300 ballots in your possession is suspicious. Having the ballots AND several drivers' licenses clearly establishes intent to commit voter fraud.

"Last night, officers responded to a male subject passed out in a vehicle in the 7-11 parking lot," the Torrance Police Department wrote on Facebook.

"Officers learned he was a felon & located Xanax pills on him. Officers continued their investigation and discovered a loaded firearm, methamphetamine, thousands of pieces of mail, a scale & multiple CA drivers licenses and credit cards in other individuals' names."

The suspect was arrested on numerous weapons, narcotics, and forgery charges.

The Los Angeles County registrar deadpanned, "There's nothing to indicate this was focused on the election."

How vigorously will this case be pursued?