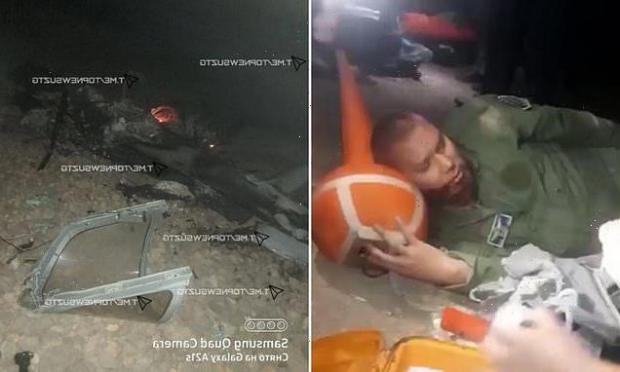 Uzbekistan said it shot down an Afghan fighter plane and forced the landing of 22 military planes and 24 military helicopters carrying nearly 600 Afghan troops that 'illegally' crossed its border at the weekend when the Taliban took control of Afghanistan.

The 46 Afghan aircrafts carrying 585 troops were 'forcibly landed' at Termez aiport in southern Uzbekistan on Saturday and Sunday after they had fled the Taliban, the country's state prosecutor said.

One of the Afghan military planes that crossed the border was shot down by Uzbekistan's air defence system on Sunday after it illegally entered the country's air space, the Uzbek defence ministry said.

But the state prosecutor's office contradicted this statement and said the aircraft had collided with an escorting Uzbek fighter jet causing both to crash in the southern province of Surkhondaryo.

'The pilots of these aircraft landed by parachute,' the statement said. The two pilots in the military plane were reportedly injured and placed in custody.

It comes after both Uzbekistan and neighbouring Turkmenistan have held high-level talks with the Taliban touching on security and the future of regional infrastructure projects.

From Russia, With (Taliban) Love