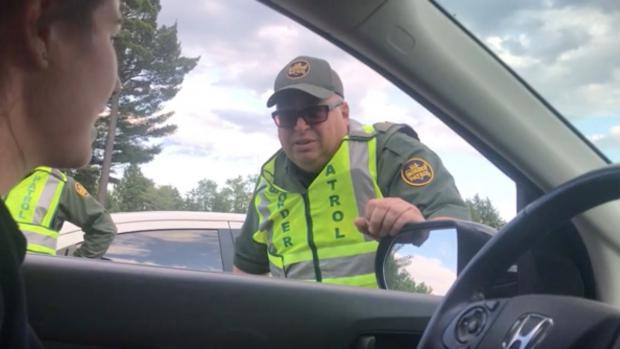 There are many ways to gauge the ugly truth that the – not "our" – government is at war with the people – the citizens – of the United States, the latest being the leak that the government is considering the imposition of an internal vaccine passport regime for citizens, who will be (one assumes) forcibly prevented from crossing state lines if they haven't been Jabbed.

If enough don't submit to the Jab.

This is just precious given that this same government has opened the international border to non-citizens – who it then exports to American states, many of these "migrants" – as they are styled – being not only unvaxxed but all of them undoc'd. They don't need to show Proof of Jab to come on down – and travel around. But we must show Proof of Jab to eat and work.

And perhaps soon, to travel – within our own country. Which is apt to be "locked down" again to "stop the spread" of the sickness being deliberately spread by the government.

Which, arguably, ends any obligation we may have had to abide by any decrees this government issues pertaining to face-effacing, "vaccinations"  and perhaps more besides.

It is clear the object is not public health but the oppression of the public – by the government.

All this foot-stamping and finger-wagging about the horrible danger presented by the 'Rona and its Variants are obviously for-show-only, a psychological guilt-trip designed to pervert and manipulate the psychologically normal instinct most people have to avoid actions that might cause others harm.