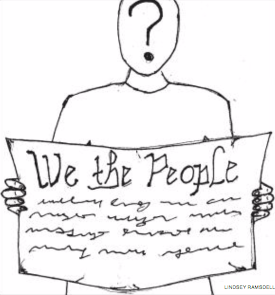 The letter writer states: "We should demand that all elected officials commit to fighting to end the pandemic, and that includes mandating vaccination, masks, hand washing and social distancing."

The letter writer points to the language in the preamble to the Constitution to justify this extraordinary power: "We the people of the United States, in order to form a more perfect union, establish justice, insure domestic tranquility, provide for the common defense, promote the general welfare, and secure the blessings of liberty to ourselves and our posterity, do ordain and establish this Constitution for the United States of America."

That's a wrongheaded view of the Constitution, but it's a popular one, one that is unfortunately inserted into the minds of children in the public (i.e., government) schools.

But this was not going to be a government of general powers. If it had been, there is no possibility that the American people would have approved the Constitution, in which case they would have continued operating under the Articles of Confederation, under which they had been operating for more than 10 years.