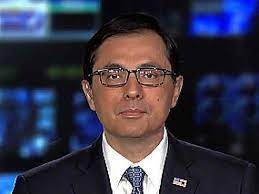 "Democrats' $1.2 trillion infrastructure bill is more reckless spending on long-held Democratic priorities like railroads, public transit, and electric charging stations. The bill is infrastructure in name only," Ortiz said in a statement.

"According to a new analysis by the Committee to Unleash Prosperity, only one in four dollars in the bill goes to roads, bridges, and airports," Ortiz continued. "Adding insult, the bill is partly paid for by delaying President Trump's prescription drug rebate rule that would have significantly lowered drug prices for seniors."

Peter Schiff: Stock Up Now! Inflation Could Get Very Ugly

PREPLANNED: They're Deliberately Making It Worse!

Neil Howe On The Fourth Turning: How Bad Will It Get, How Long Will It Last, & What Comes Next?