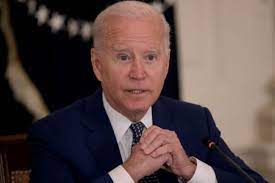 Part of Washington's continuing response to the June 2020 China-backed Hong Kong national security law, the move is meant to signal "strong support for people in Hong Kong in the face of ongoing repression by the People's Republic of China (PRC), and makes clear we will not stand idly by as the PRC breaks its promises to Hong Kong and to the international community," according to the statement.

Essentially the new "safe haven" law is applicable to Hong Kong citizens or residents who fear oppression, arrest, or erosion of their rights if they return to the city, given the altered political situation which arose over the past two years since protests rocked the autonomous city.

The US State Department has now indicated US authorities will defer enforced departure of Hong Kongers for at least 18 months. And DHS Secretary Alejandro Mayorkas also announced in conjunction:

"Hong Kong residents in the United States whose removal has been deferred may also seek employment authorization through US Citizenship and Immigration Services. The United States stands with the people of Hong Kong in support of rights and freedoms."