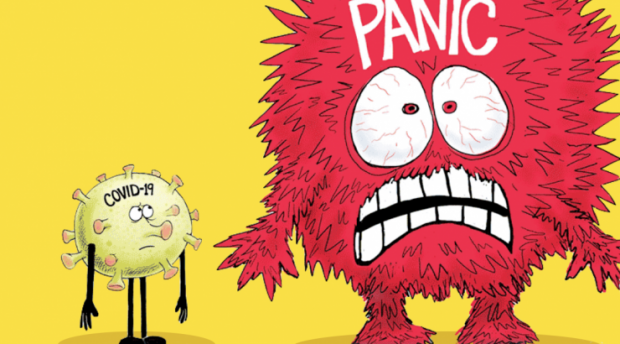 In a speech delivered to camera, Julian Reichelt said sorry for Bild's coverage which was "like poison" and "made you feel like you were a mortal danger to society."

Reichelt directed his main sentiment towards children who have been terrorized by fearmongering media coverage which has caused child depression and suicides to soar across the world.

"To the millions of children in this country for whom our society is responsible, I want to express here what neither our government nor our Chancellor dares to tell you. We ask you to forgive us," he said.

"Forgive us for this policy which, for a year and a half, has made you victims of violence, neglect, isolation, and loneliness."

"We persuaded our children that they were going to murder their grandma if they dared to be what they are, children. Or if they met their friends. None of this has been scientifically proven."

"When a state steals the rights of a child, it must prove that by doing so it protects him against concrete and imminent danger. This proof has never been provided. It has been replaced by propaganda presenting the child as a vector of the pandemic."

Reichelt noted how moderate voices who attempted to offer calmer perspectives on the pandemic "were never invited to the expert table" and urged viewers "don't believe this lie," when encountering alarmist proclamations from the government.

The journalist called on authorities to open schools and sports halls instead of polling stations, warning that those who imposed brutal lockdown measures, "will have on their conscience and will leave in the history books, a multitude of innocent souls."

Bild has a daily circulation of 1.24 million copies and is the best-selling newspaper in Europe, adding even more weight to this story.

As we highlighted yesterday, Germans protesting against plans to impose domestic vaccine passports were brutalized by police during demonstrations that took place in Berlin.