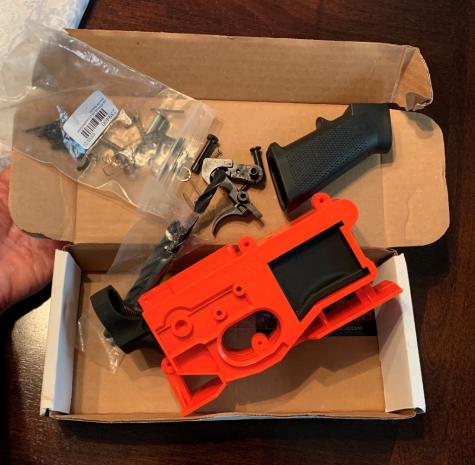 Ghost guns are untraceable to the federal government and can be bought at gun stores or online in 80% lower kits. Since the lowers are unfinished and involve some drilling and tinkering, the lowers are not considered guns, thus don't need to be serialized.

Difference Between 80% Lower Vs. Firearm

The days of purchasing 80% lower kits are coming to an end in at least one city.

Councilmembers voted 8-1, with one member, Chris Catem, voting the lone "no."

The proposal, called the E.N.U.F. (Eliminate Non-Serialized Untraceable Firearm) Ordinance, will "prohibit the possession, purchase, sale, receipt, and transportation of non-serialized, unfinished frames and unfinished receivers, and non-serialized firearms within the City of San Diego."

"The spread of untraceable 'ghost guns' is fueling gun violence in our city and today's vote will help keep firearms out of the hands of people who pose danger to our communities—including violent criminals, domestic abusers, individuals suffering from mental illness, and terrorists."

Councilmembers will reconvene on Sept. 14 for a second reading ahead of the bill going into law.