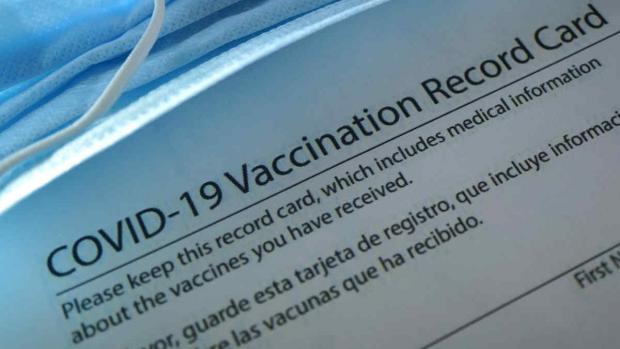 Vaccination rates are slowly increasing, but a Kaiser Family Foundation survey found there are still millions of Americans who would only get vaccinated against COVID-19 if it was required. Some companies, like Disney, Google and Walmart, have decided to lend a hand in pushing up vaccination rates by requiring certain employees to show proof of vaccination.

Some who refuse may be looking forward to the support of unemployment benefits while they look for a new job that doesn't require vaccines. But, for many of them, that might not be an option. -WUSA

The reason? In most states, if a person is fired with cause for violating company policy - such as mandatory vaccinations - they are not entitled to unemployment benefits and payments.

"Even something as simple as a dress code that says you have to wear a tie, and that's the company's policy, and you say, 'I don't believe in wearing a tie, so I'm not going to do it.' That's insubordination," says John T. Harrington, Principal at The Employment Law Group. "It's misconduct, and it would likely disqualify you from receiving unemployment benefits."

Harrington said there are only two exemptions to a vaccination requirement - medical or religious. In both cases, however, exemptions are determined on a case-by-case basis with employers. Just because one employee is granted a religious exemption, it doesn't mean that will extend to anyone else.

"We have received numerous inquiries from clients and potential clients about how courts are likely to view these situations," said Harrington. "we've been advising them that if you have one of these two valid reasons to believe that you should be exempt from a vaccination requirement, you should assert them. But otherwise, companies are entitled to require that employees be vaccinated."