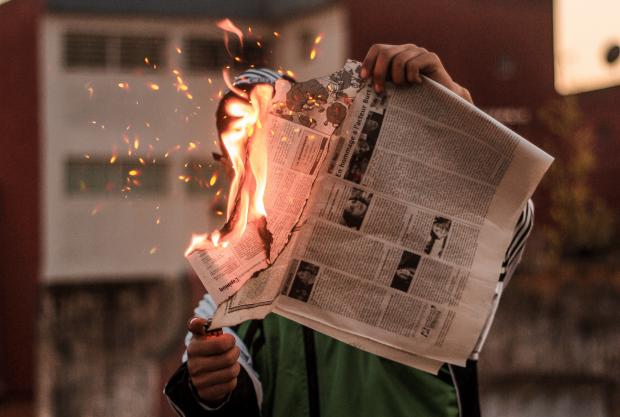 The article, written by a Post reporter named Mike DeBonis, focuses on allegations that the FBI infiltrated the ranks of the protestors and actually helped to incite them to illegally enter the Capitol and engage in mayhem after doing so.

The overall tone that DeBonis sets forth is one that is oftentimes found in the mainstream media when it comes to alleged wrongdoing by the federal government. The article has a mocking tone to it, suggesting that the people who are making this allegation are conspiracy theorists for actually believing that federal officials would do such a horrible thing.

There is a critical sentence in DeBonis's article: "The FBI declined to comment."

Why is that line important? Because there are two ways that a reporter can go when he is writing a story about this type of allegation.

On the one hand, he can mock and ridicule those who are making the allegation, pointing out that they haven't produced any evidence to support their "unfounded claim."