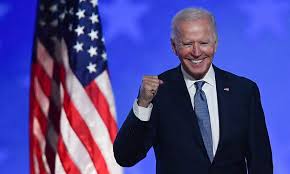 Sometimes the liars are held to account for their deception, but most often they are not.

Watching these early months of the Biden Administration it's hard not to think that lying, deceiving, and manipulation is rising to a whole new level.

Take "ending the endless war" in Afghanistan. President Biden was cheered for achieving what even Donald Trump could not deliver: an end to the pointless 20 year – and several trillion dollar – war in Afghanistan. By the 20th anniversary of 9/11, we were told, the war would be over.

The only people furious about this decision were the bombmakers at Raytheon and the rest of the military-industrial complex and the laptop warriors in the Beltway think tanks. It turns out, they really didn't need to worry.

The US is not finally leaving the Afghan people alone to run their country as they see fit. Just this week, Gen. Frank McKenzie, head of US Central Command (CENTCOM) announced that the US is increasing – not ending – its airstrikes on Afghanistan. The US would be pulling regular military troops out of the country (though likely keeping CIA, Special Forces, and mercenaries on the ground), but it would continue to bomb Afghanistan using "over the horizon" facilities from the Persian Gulf.