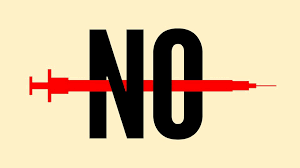 In every war, spies and other hired hands try to demoralize the enemy. This is standard operating procedure. Inflating key numbers is one strategy.

In this vaccine war, the ace in the hole is obvious: if enough people say NO to the shot, it's over. A tidal wave will engulf the governments and their corporate allies.

If people believed, say, that only 30% of Americans have taken the shot, and that number is holding steady, despite all the new mandates, morale would shoot up to a new high.

It always feels better to be on a winning side.

If most Americans knew that massive anti-vaxx protests are taking place in France and Germany and other countries, their attitude would shift. If most Americans knew that in Australia, the most fascist pro-vaxx government in the world is sweating bullets, because despite horrendous lockdowns and vaccine mandates, despite cops and soldiers on the streets, Aussies are still going to the beach…that knowledge would bolster spirits.