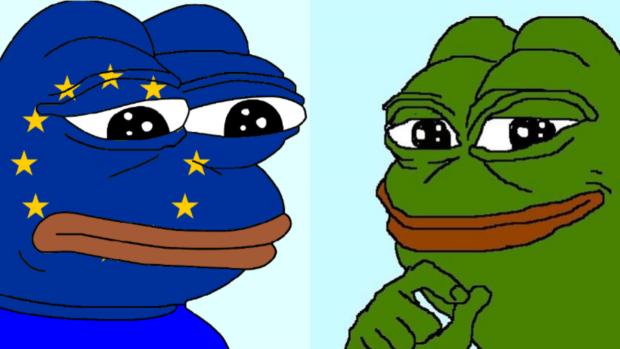 "It's Not Funny Anymore: Far-Right Extremists' Use of Humour" is a recently-published report by two researchers with the Radicalisation Action Network (RAN), an organization funded by the European Union's Internal Security Fund. The two researchers deciding something is not funny are academics Maik Fielitz and Reem Ahmed. Apparently, they have assimilated well to the German sense of humor.

The paper is easy to mock, but it is also rooted in truth: The right's dominance of online "meme wars" is one of its most potent political weapons. The paper also provides a deeply revealing look at the thinking of the unfunny, uninteresting totalitarians who enforce globalist orthodoxy today.

The report opens very promisingly, by warning that the free exchange of humor will undermine "open societies."

Humour has become a central weapon of extremist movements to subvert open societies and to lower the threshold towards violence Especially within the context of a recent wave of far-right terrorist attacks, we witness "playful" ways in communicating racist ideologies. As far-right extremists strategically merge with online cultures, their approach changes fundamentally. This trend has been especially facilitated by the so-called alt-right and has spread globally. This predominantly online movement set new standards to rebrand extremist positions in an ironic guise, blurring the lines between mischief and potentially radicalising messaging. The result is a nihilistic form of humour that is directed against ethnic and sexual minorities and deemed to inspire violent fantasies — and eventually action.