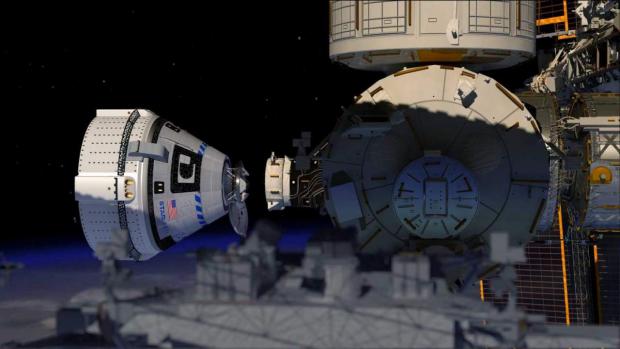 Boeing scrubbed the launch of its $410 million (£294 million) Starliner astronaut capsule to the International Space Station due to an 'unexpected valve position' in the propulsion system, hoping to launch tomorrow instead.

Work has begun to remove propellant from the Atlas V rocket at Cape Canaveral space station in Florida, where it was due to launch, with the hope of refuelling and launching at 12:57 ET (17:57 BST) on August 4 instead.

If the Orbital Flight Test-2 (OFT-2) goes ahead on Wednesday, the test will be streamed live by NASA and once in orbit the Boeing Starliner will begin a slow daylong trip to the space station, docking Thursday afternoon.

During the first uncrewed test flight of Starliner in December 2019, the craft experienced a software issue, causing it to fail to dock and return to Earth early.

NASA found there were 80 things Boeing needed to do in order for the spacecraft to be sent into space for a second test flight, all of which have since been corrected.

When it does launch it will go up with 400lb of cargo for the ISS and its crew, and return to Earth with over 500lb of cargo from the station, proving its worth as an operational vehicle.

Boeing is hoping for success as it has fallen behind SpaceX in the competition to provide commercial flights to the ISS for NASA and other space agencies.

The Elon Musk owned firm has already flown two sets of astronauts to the ISS, with another planned for October and a private flight planned for 2022.

If this uncrewed Starliner test flight proves a success, then it is hoped the firm will fly NASA astronauts Sunita Williams, Josh Cassada and Jeannette Epps, as well as Japanese space farer Koichi Wakata to the ISS in 2022.