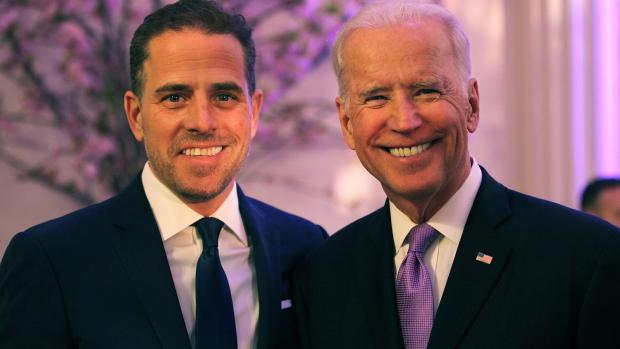 Upcoming film 'My Son Hunter' scored a Bond villain and 'Die Hard' FBI agent to direct the expose on the 'nefarious' life of the president's son, DailyMail.com can exclusively reveal.

Robert Davi, 70, has signed on with conservative filmmakers and married couple Phelim McAleer and Ann McElhinney to direct the film because he feels the 'conservative movement is lacking' entertainment content to the level of the left.

'There's a lot of great films that people do, but they're not as engaging as you would say that we have coming out of Hollywood, which is mostly the progressive left. And that's just how it's always been,' Davi told DailyMail.com in a phone interview on Monday.

One of Davi's biggest concerns is making sure the story of Hunter, 51, is told in a 'tasteful' way that 'humanizes' him and the struggles he went through, while also exposing the reality surrounding the son of the most powerful world leader.

'It tells the story, but it humanizes the characters,' he said of the script. 'It's telling facts, it's telling what happened, and at the same time it's a delicate story because – you know.'

He then revealed: 'I have family members who struggled with addiction and some who still continue to struggle with addiction. So there's a sensitivity toward that and not to demonize something – a story.'

'It will tastefully show most of the – because, you know, it's interesting… you show the good with the bad,' Davi continued. 'You know, that's life. And it's nothing he's not admitted to.'