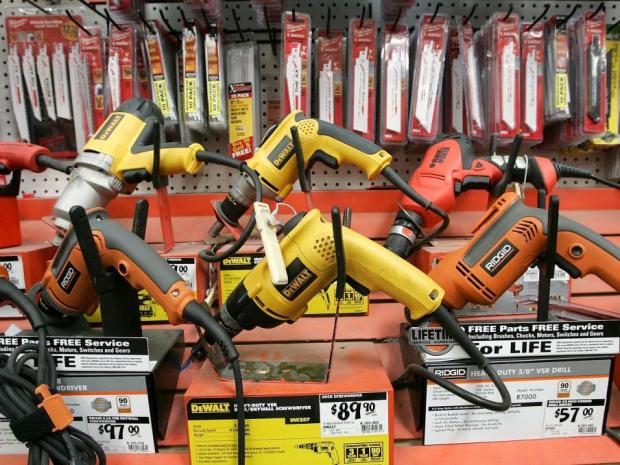 Home Depot has been struggling with "organized retail crime," raiding its stores across the country and stealing millions of dollars worth of power tools. Thieves steal Milwaukee, DeWalt, and Bosche, among other power tools, and turn them around for quick cash on the street, pawnshops, or an online ad on Facebook Marketplace or Craigslist.

"There are very organized groups where the leaders at the top are recruiting people that are drug-dependent, homeless, or down on their luck and offering them incentives and providing shopping lists to go out and bring back certain products," Glenn said. "At the top levels of these hierarchies, there are absolutely good administrators that understand the return on their money."

Home Depot has locked many of its high-value power tools behind display cases or will only display store models on the floor while keeping the valuable merchandise locked in the back storage to deter criminals. The company found this wasn't enough and partnered with suppliers to add an internal activation switch.