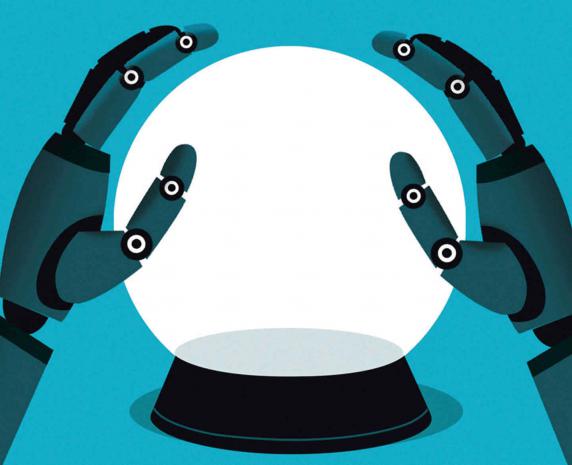 S. Northern Command (NORTHCOM) recently conducted a series of tests known as the Global Information Dominance Experiments, or GIDE, which combined global sensor networks, artificial intelligence (AI) systems, and cloud computing resources in an attempt to "achieve information dominance" and "decision-making superiority." According to NORTHCOM leadership, the AI and machine learning tools tested in the experiments could someday offer the Pentagon a robust "ability to see days in advance," meaning it could predict the future with some reliability based on evaluating patterns, anomalies, and trends in massive data sets. While the concept sounds like something out of Minority Report, the commander of NORTHCOM says this capability is already enabled by tools readily available to the Pentagon.

General Glen VanHerck, Commander of NORTHCOM and North American Aerospace Defense Command (NORAD), told reporters at the Pentagon this week that this was the third test of GIDE, conducted in conjunction with all 11 combatant commands "collaborating in the same information space using the same exact capabilities." The experiment largely centered around contested logistics and information advantage, two cornerstones of the new warfighting paradigm recently proposed by the Vice Chairman of the Joint Chiefs of Staff. A full transcript of VanHerck's press briefing is available online.

VanHerck told reporters that this AI-enabled decision making could actually allow for a type of proactive forecasting that sounds truly like the stuff of science fiction:

The machine learning and the artificial intelligence can detect changes [and] we can set parameters where it will trip an alert to give you the awareness to go take another sensor such as GEOINT on-satellite capability to take a closer look at what might be ongoing in a specific location.

[W]hat we've seen is the ability to get way further what I call left, left of being reactive to actually being proactive. And I'm talking not minutes and hours, I'm talking days.