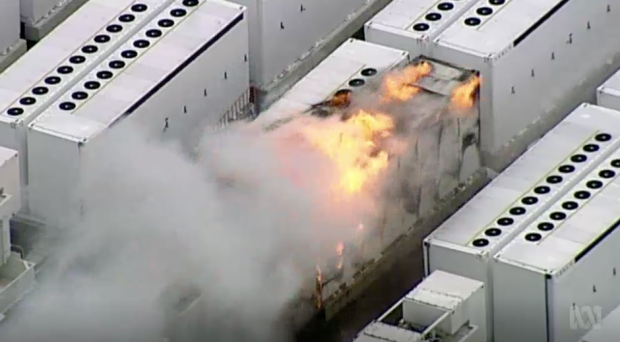 Victoria Country Fire Authority (CFA) published a statement Monday that said the 13-ton battery was finally extinguished after four days, according to Bloomberg.

"There was one battery pack on fire to start with, but it did spread to a second pack that was very close to it," Chief CFA Fire Officer Ian Beswicke said in a statement. CFA has yet to determine the origins of what caused the Tesla battery to combust spontaneously.

On Friday, when the fire was first reported, CFA officials were so concerned about toxic fumes spewing from the battery unit that they issued air quality warnings for surrounding suburbs and urged people to move indoors.

The problem with lithium-ion batteries is that besides emitting toxic fumes during a blaze, the sheer amount of water to extinguish the fire is not ESG-friendly.

For a regular Tesla car battery weighing around 1,200 pounds, it takes about 20 tons of water to put out the blaze. Some Tesla vehicle fires have taken upwards of 75 tons of water.

Now picture a 13-ton, or approximately 26,000-pound battery catching fire and the amount of water needed to extinguish it. CFA didn't release the number of tons of water it took to extinguish the blaze, but statements show it took four days to put out flames.

As for the considerable amounts of gas and smoke emitted from the lithium-ion battery blaze, there has yet to be any quantifiable data released by CFA detailing the environmental impact.

The whole ESG push for "green technology" on the grid sounds wonderful, but if a mishap occurs, firefighters do not have the technology to quickly and efficiently put out a lithium-ion battery blaze.