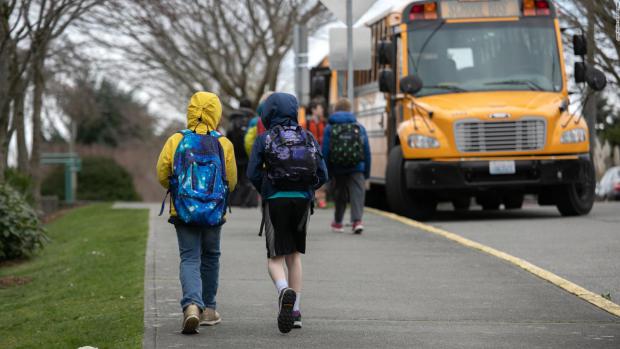 With the end of summer fast approaching, parents are making hard decisions about their children's education: should they risk the pandemic-fueled chaos of forcibly pre-paid government schools, or should they try homeschooling, private schools, or something different? A recent federal court decision from California may nudge more kids out public-school doors as it affirms that private schools have much wider latitude than those run by the government to set their own policies, including responses to COVID-19. That's an important degree of extra leeway when some officials seem eager to impose new restrictions and the CDC reverses itself to recommend that even vaccinated students should suffer through the day behind masks.

On July 23, a panel of judges from the Ninth Circuit Court of Appeals ruled on a challenge to Democratic California Gov. Gavin Newsom's across-the-board closure of all schools, private as well as public, to in-class learning last year.

"We hold that the district court properly rejected the substantive due process claims of those Plaintiffs who challenge California's decision to temporarily provide public education in an almost exclusively online format," Judge Daniel P. Collins wrote for a panel of the Ninth Circuit Court of Appeals. "Both the Supreme Court and this court have repeatedly declined to recognize a federal constitutional right to have the State affirmatively provide an education in any particular manner, and Plaintiffs have not made a sufficient showing that we can or should recognize such a right in this case."

Basically, the court says the state can force you to cough up taxes to fund its quasi-educational holding pens but, in return for that money, you'll get what you get and too bad if you don't like it. You have many more options, though, if you can swallow the cost of taxes and still pony up for other options.

"We reach a different conclusion, however, as to the State's interference in the in-person provision of private education to the children of five of the Plaintiffs in this case. California's forced closure of their private schools implicates a right that has long been considered fundamental under the applicable caselaw—the right of parents to control their children's education and to choose their children's educational forum."

California has since rescinded the school closure order, but the court issued its decision anyway, citing the state's history of "moving the goalposts" as evidence that it couldn't be trusted to refrain from imposing strictures in the future. Renewed mask requirements in Los Angeles County on even the vaccinated and mutterings about reimposing restrictions show that the court's concerns are justified.