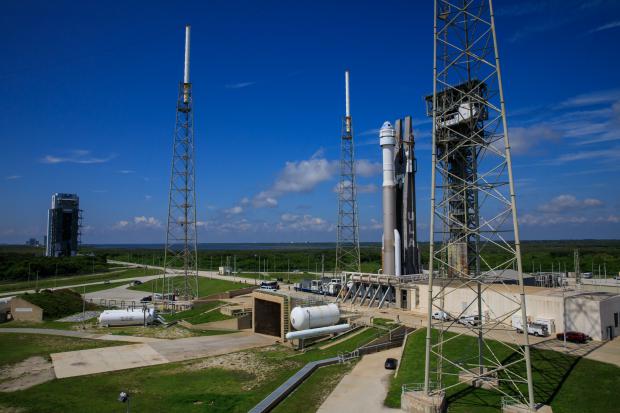 Launch is targeting 1:20 p.m. EDT (1720 GMT), and current weather patterns are favoring afternoon showers and thunderstorms along the eastern coast of Florida, according to the 45th Weather Squadron, which monitors conditions for launches from the Kennedy Space Center and the Cape Canaveral Space Force Base. There's a 40% chance the weather will permit Tuesday's launch, according to the office's current forecast, which suggests that Starliner may be able to blast off the pad before troubling weather rolls in.

"The greatest coverage of convection is expected to hold off until after the launch window," squadron officials wrote in a statement published Saturday (July 31). "Still, a weather-related violation is possible due to isolated showers and thunderstorms in the area, particularly towards the end of the count."

In particular, the office is monitoring cumulus cloud formation, surface electrical fields and the potential risk of lighting.

The same tricky weather conditions that are worrying launch personnel also prompted the mission team to roll Starliner and its Atlas V rocket back inside from the launch pad, where it had arrived on Thursday (July 29) in preparation for a Friday (July 30) launch. Although weather conditions were also a concern for that launch date, the mission was postponed after the International Space Station spent about 45 minutes on Thursday out of its proper orientation when a software glitch caused thrusters on a newly arrived Russian science module to fire.

If Starliner can't launch on Tuesday, the next opportunity will be Wednesday (Aug. 4). Whenever the capsule does blast off, the launch will begin a day-long trek to the International Space Station, where it will spend less than a week before returning to Earth to land in the western United States.