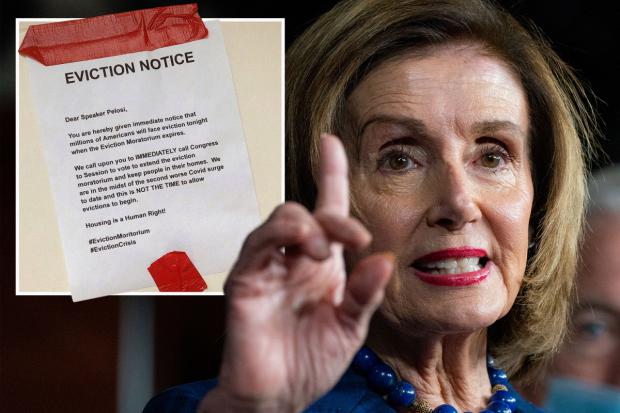 Millions face imminent homelessness, after the Democrats left Washington for the recess without extending an eviction moratorium set to expire on Saturday. America's largest corporate landlords are about to make a killing.

An 11-month eviction moratorium that prevented tens of millions of Americans from losing their homes during the coronavirus-induced economic shutdown expires on July 31, after Congress left Washington for recess without passing a bill to extend it.

The moratorium was put in place by the Trump administration last year and extended by the Biden administration in June, but a Supreme Court ruling that same month stated that a further extension would require "clear and specific congressional authorization."

President Biden this week asked his allies in Congress to pass a bill extending the eviction ban, and House Democrats had enough votes to do so, but nevertheless did not. House Speaker Nancy Pelosi put the failure down to not having "enough time to socialize it within our caucus as well as to build the consensus, especially in a time of Covid."