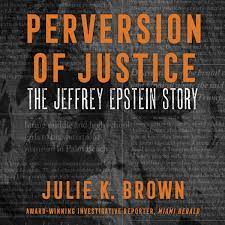 When the trial of Ghislaine Maxwell over her alleged complicity in trafficking teenage girls for sex with dead paedophile Jeffrey Epstein eventually draws to a conclusion, it is unlikely to be the end of this sordid, salacious saga.

Thanks to the mass of journalistic grunt work carried out by Miami Herald investigative reporter, Julie K Brown, and rigorously documented in her recently published 'Perversion of Justice', the recriminations will continue, law officials will continue to look over their shoulders and the victims will edge ever closer to closure, of sorts.

Because justice will elude the 34 women who have stayed the distance as legal proceedings against the disgraced financier dragged on, and were then ultimately derailed, when Epstein apparently chose the coward's exit rather than face his accusers and hung himself with his bedsheets in his prison cell in the Special Housing Unit of New York's Metropolitan Correctional Centre in August 2019.

While no one openly mourns the death of a sex monster, Epstein's ranks of lawyers have attempted to paint his death as some sort of miscarriage of justice and Brown does take a close look at the circumstances surrounding it and comes up with... well, nothing certain.