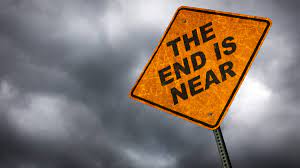 "In a nutshell, they are to cull a large percentage of the human race and to turn the survivors into a completely controlled army of slaves who own nothing and are dictated to and tracked, traced and monitored 24 / 7 everywhere, even inside their own homes, which of course they will no longer own."

"It only starts to make sense when you understand that everything that has happened and is happening is due to a meticulously planned and sinister plot being implemented by the narrow clique of gangsters who now control our world."

The period from 1945 to 2019 was for many a "Golden Age" – a period of relative peace, prosperity, stability, and freedom. This has now ended as the most dangerous and destructive timeline in the history of the World has begun, initiated by malevolent and extremely ruthless Plutonian forces characterized by a complete lack of empathy intent on creating a global totalitarian regime. If this timeline is not derailed soon – and there is little sign that it will be – the result will be death, destruction, and enslavement on a biblical scale for the majority of humanity and we are already seeing this starting.

Seven Possible Causes Of The Next Financial Crisis