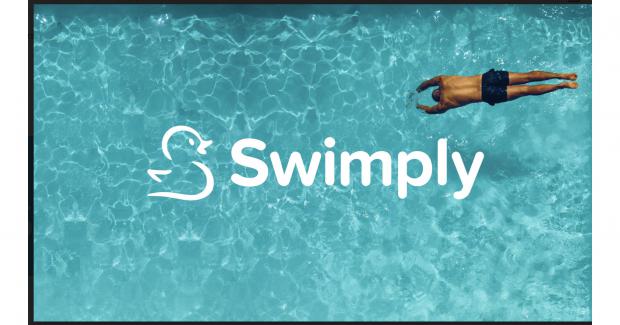 Summer temperatures can reach 100 degrees Fahrenheit here in Austin, Texas, so I'm often looking for places to swim. Thankfully, this city delivers. West of downtown, for example, you'll find the oldest swimming pool in the state, a city-owned spot called Deep Eddy. Venture farther from the city, and you'll land on Lake Travis, a large body of water frequented by folks fishing and double-decker barges with slides partygoers can shoot down into the water.

But one swimming option I'd never thought about, much less tried? My neighbors' backyard pool, offered up for rent through a mobile app.

That's the gist of Swimply, an Airbnb-style service for swimming pools founded in the summer of 2018. After hearing about it, I had to schedule a swim. Flash forward to a Sunday afternoon in July, and me carefully stepping into a stranger's shallow pool shaded by tall pecan trees. An oversized, rainbow-maned unicorn floatie awaited me.

Swimply is the brainchild of co-founders Asher Weinberger, 35, and Bunim Laskin, 24, who met at a networking event Weinberger hosted for entrepreneurs in New York City. Laskin, then a college student, pitched Weinberger on the idea of monetizing home swimming pools.

The pair pursued the idea by looking on Google Earth for houses with pools and knocking on doors to see if people would be willing to rent them out. After creating a simple website and watching thousands of people visit strangers' pools in just a few weeks, they decided to build a business.

Today, Swimply is in all 50 US states, Canada and Australia, hosting half a million users and about 13,000 pools. Weinberger says he views the service as an experiential "extension of the sharing economy," offering things people want, rather than things people need. This contrasts with, say, transportation from Uber or hospitality from Airbnb.