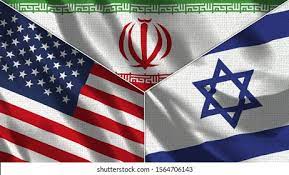 The US Navy had boarded and assisted in the distressed Liberian-flagged 'Mercer Street' tanker's moving to safer waters on Friday after the incident which had initially been reported as possible piracy. The US military had immediately conducted an investigation in the aftermath, and is now citing "clear visual evidence that an attack had occurred," according to the new statement.

"Initial indications clearly point to a (drone)-style attack," the US Navy said, without naming specific evidence for that conclusion. Currently a pair of US warships, the aircraft carrier USS Ronald Reagan and guided missile destroyer USS Mitscher, are escorting the Mercer to a safe port.

London-based Zodiac Maritime, owned by Israeli billionaire Eyal Ofer, had issued a statement on Friday confirming that two crew members died as a result of the attack, including one Romanian and one British crew member. As we noted in our initial reporting, one prominent maritime security risk management firm is pointed to a likely drone attack.

This was followed by state media in Iran appearing to confirm that it was carried out by the Islamic Republic as "retaliation" for recent Israeli attacks and sabotage operations, including the latest airstrikes on Iran-backed targets inside Syria.