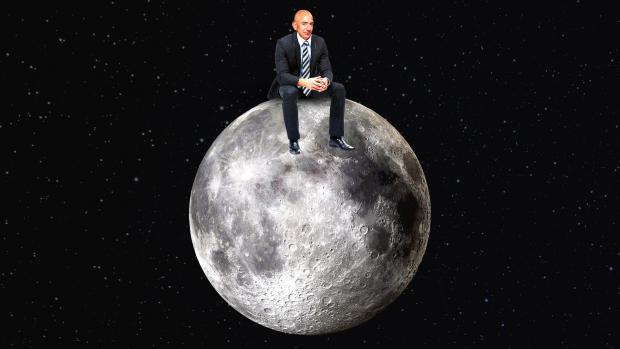 A months-long effort by Jeff Bezos to secure a Moon lander contact for his company, Blue Origin, ended in failure on Friday, after the US Government Accountability Office (GAO) ruled that the coveted contract would remain solely with SpaceX, a company founded and headed by Elon Musk.

The latest saga between these rival space billionaires kicked off after NASA selected SpaceX for its Human Landing System (HLS) contract on April 16. The contract awarded Musk's company $2.89 billion to develop a crewed lunar lander as part of NASA's Artemis program, which aims to bring astronauts back to the surface of the Moon in the coming years. NASA had originally planned to award multiple HLS contracts, but ultimately opted to select only SpaceX due to budget limitations.

Blue Origin and Dynetics, another space company that had bid for the HLS contract, filed a protest with GAO shortly after SpaceX was selected as the sole winner. To support their challenge to the decision, the companies cited NASA's initial plan to select multiple contracts for HLS, argued that the agency had unfairly waived requirements for SpaceX, and suggested that the three proposals had not been reasonably evaluated.

GAO conceded that NASA had waived the requirement, but concluded that the protesting companies "could not establish any reasonable possibility of competitive prejudice arising from this limited discrepancy in the evaluation," according to the statement. It also rejected the other complaints outlined by Blue Origin and Dynetics, including the charge that NASA was wrong to award a single contract.

"In denying the protests, GAO first concluded that NASA did not violate procurement law or regulation when it decided to make only one award," said Kenneth E. Patton, Managing Associate General Counsel for Procurement Law at GAO, in a statement. "NASA's announcement provided that the number of awards the agency would make was subject to the amount of funding available for the program. In addition, the announcement reserved the right to make multiple awards, a single award, or no award at all."