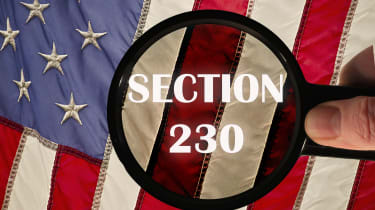 A 25-year-old law that shields social media companies from lawsuits over content their users post is under attack, as leaders in Congress look to hold those companies accountable for disseminating health-related misinformation.

Last week, Sens. Amy Klobuchar of Minnesota and Ben Ray Luján of New Mexico introduced the Health Misinformation Act, a bill that would create an exception to Section 230, a provision in the Communications Decency Act that gives legal protections to social media companies over user-generated content. This exception would make companies like Facebook, Twitter and YouTube liable for inaccurate statements about health information, including misinformation about COVID-19 vaccines, in addition to other false health-related claims.

The bill is the latest in a slew of legislation aimed at reforming the liability shield. Democrats and Republicans on Capitol Hill generally agree that changes need to be made to Section 230. Calls for reform have taken on new urgency as social media sites battle a flood of troubling content, including disinformation about the coronavirus vaccines, the outcome of the US presidential election and the deadly attack on the US Capitol.

It's not just theoretical: Extremist content and conspiracy theories posted on social media platforms have led to real-world violence. In spite of the companies' efforts to address these concerns, lawmakers have expressed frustration that it's not enough, and they've urged the companies to do more.

"Earlier this year, I called on Facebook and Twitter to remove accounts that are responsible for producing the majority of misinformation about the coronavirus," Klobuchar said in a statement. "But we need a long-term solution."