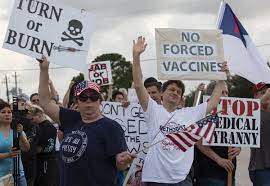 They must have heard lots of good things about our planet, many light years back. The Andromeda people's nutrition is love. When they landed on earth, they first were thrilled – the breathtaking landscape, mountains, lakes, still fresh air, forests – though rapidly diminishing. They ignored the latter, because of the beauty of the former. But gradually they started starving – they had to leave. They found no love on Earth….

Lost Love. The Gladiator Games are over, the soccer players went home, both in South America and in Europe, to continue celebrating without masks and without social distancing – and the Olympics in Japan will be taking place in virtual mode, arenas without live spectators. The infection case numbers are on the rise, a scaringly rapid rise, the Delta Variant and Wave Four are at the doorstep, actually they are knocking at the door – in some US States at least, and soon in Europe – to give you a last chance to get the wonder jab.

The directors of the world, the Merkels, Macrons and other compromised world leaders, plus their nameless tiny elite-bosses way above them – are calling for tightening the screws again. To use Madame Merkel's terminology of what she decided to do with the German people a few months ago. She has hardly loosened the screws since.

The populace has had their summer fun. They have enjoyed their Gladiators.

Imagine we are only in year 2021, There are another almost ten years left in the UN Agenda 2030 to accomplish the nefarious objectives of the Great Reset – if We, the People, don't stop it.