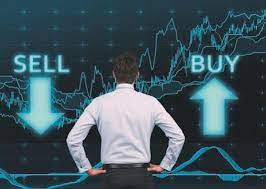 The trillions of currency units created since 2007, combined with artificially suppressed interest rates, have papered over the situation. But only temporarily. When the economy goes into the trailing edge of the hurricane, the storm will be much different, much worse, and much longer lasting than what we experienced in 2008 and 2009.

In some ways, the immediate and direct effects of this money creation appear beneficial. For instance, by not only averting a sharp complete collapse of financial markets and the banking system, but by taking the stock market to unprecedented highs. It's allowed individuals and governments to borrow more, and live even further above their means. It may even create what's known as a "crack-up boom".

However, a competent economist (as distinguished from a political apologist, many of whom masquerade as economists) will correctly assess the current prosperity as an illusion. They'll recognize it as, at best, a natural cyclical upturn – a "dead cat bounce."

What we're really interested in, however, are not the immediate and direct effects of QE— "Quantitative Easing", and ZIRP—Zero Interest Rate Policy.