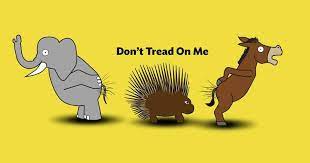 Unfortunately, however, libertarian reform measures do not advance liberty. Instead, they advance reform, which necessarily entails the continued existence of the welfare-warfare state way of life, albeit in some reformed fashion.

As I have long argued, in order to achieve the genuinely free society, we have to eliminate, not reform, infringements on liberty. If all we do is reform an infringement, the best we can hope for is an improvement in our lives as welfare-warfare state serfs. Even if every single libertarian reform measure were to be adopted today, we would still not be free.