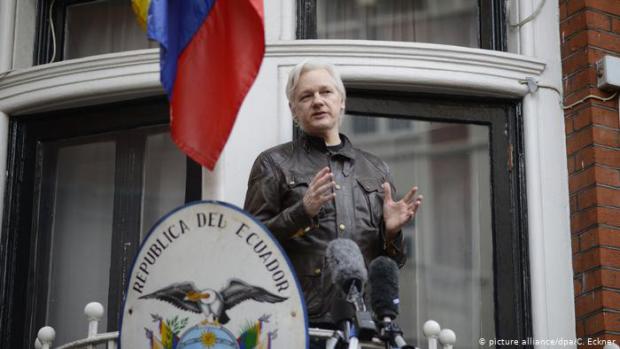 WikiLeaks founder Julian Assange has been stripped of his citizenship by Ecuador over claims of unpaid fees and false documents.

Ecuador's justice system made the decision after a claim from the country's foreign ministry based on multiple inconsistencies, different signatures, the possible alteration of documents and unpaid fees, among other issues in Assange's naturalisation letter.

Authorities said it was standard practice to revoke citizenship where it had been received fraudulently, with false documents, or through concealing relevant facts.

Carlos Poveda, Assange's lawyer, said the decision was made without due process and Assange was not allowed to appear in the case.

'On the date [Assange] was cited he was deprived of his liberty and with a health crisis inside the deprivation of liberty centre where he was being held,' Poveda said.

Poveda said he will file appeals asking for an amplification and clarification of the decision.

'More than the importance of nationality, it is a matter of respecting rights and following due process in withdrawing nationality.'

Assange received Ecuadorian citizenship in January 2018 as part of a failed attempt by the government of then-President Lenín Moreno to turn him into a diplomat to get him out of its embassy in London.

On Monday, the Pichincha court for contentious administrative matters revoked this decision.