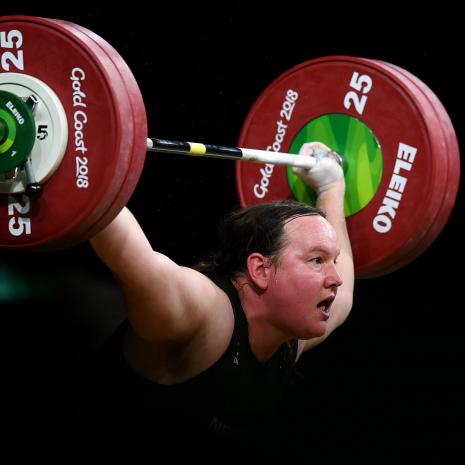 Canadian archer Stephanie Barrett is making her Olympic debut aged 42 having only taken up the sport four years ago, but all the fawning articles charting her meteoric rise fail to mention that Barrett was born male.

The Tokyo Olympics risks being remembered for the wrong reasons, and not just because of the impact of Covid-19. The International Olympic Committee (IOC) ruling on transgender inclusion has allowed male-born Laurel Hubbard to represent New Zealand in women's weightlifting. But is Hubbard the only one to have taken advantage of what many consider to be a naive policy that displaces women from their own competitions?

Tomorrow morning, Barrett takes on Yasemin Anagoz from Turkey in the women's archery event. Speculation has been rife on the internet about Barrett's history. At 1.86 metres in height, Barrett cuts an imposing figure. Many women in the world are over six feet tall, but Barrett also came from nowhere in the sport. Starting archery in May 2016 at the age of 37, she won gold at the 2018 Canadian Field and Target Championships.

The Canadian press has been gushing in their admiration. The Toronto Star declared, "She has already shown eye-catching recent glimpses, like equalling the record competitive score for a Canadian woman at the World Cup in Lausanne in May. That's the thing about Barrett, the arrow-wielding Joan [of Arc] wannabe — her arc only curves up."

But Barrett's own words seem to confirm suspicions that this archer is somewhat different from the other competitors.