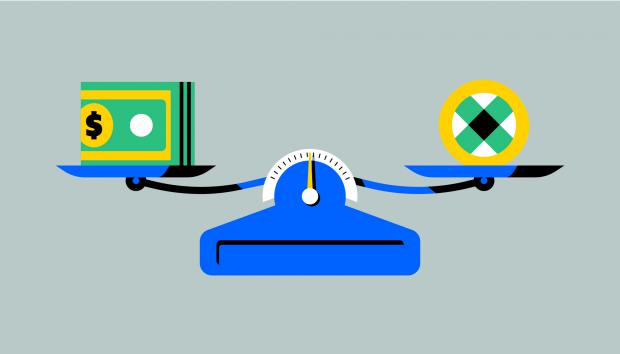 Secretary of the Treasury Janet L. Yellen convened the President's Working Group on Financial Markets (PWG), joined by the Office of the Comptroller of the Currency and the Federal Deposit Insurance Corporation, to discuss stablecoins.

In the meeting, participants discussed the rapid growth of stablecoins, potential uses of stablecoins as a means of payment, and potential risks to end-users, the financial system, and national security.

The Secretary underscored the need to act quickly to ensure there is an appropriate U.S. regulatory framework in place.

The group also heard a presentation from Treasury staff on the preparation of a report on stablecoins, which would discuss their potential benefits and risks, the current U.S. regulatory framework, and the development of recommendations for addressing any regulatory gaps.

The PWG expects to issue recommendations in the coming months.

...and following reports that a US probe into Tether is homing in on whether executives behind the digital token committed bank fraud, Bloomberg reports that, according to people familiar with the matter, the officials present were particularly concerned about Tether's claims that it holds massive amounts of commercial paper - debt that companies issue to meet their short-term funding needs, the people said.

Participants likened the situation to an unregulated money-market mutual fund that could be susceptible to a chaotic investor exodus, said the people who asked not to be named because the meeting was private.

Regulators also expressed worries about Diem - a coin being developed by an association that includes Facebook, as well as other companies and nonprofits - because of its potential for widespread adoption. The social media company has almost 3 billion active monthly users.